Subharmonicon is a semi-modular polyrhythmic analog synthesizer that employs a 6-tone sound engine and multi-layered clock generator to explore the world of subharmonics, polyrhythms, and the unique relationships they create.
Subharmonicon’s characteristic sound starts with two analog VCOs and four Subharmonic Oscillators for a total of six powerful sound sources. Each subharmonic tone is mathematically derived from one of the two main VCOs, giving the resulting chord shapes a beautifully coherent quality. Onboard quantization lets you dial in perfect intervals every time with selections for multiple tuning systems. Choose from contemporary Equal Temperament settings, the heavenly intervals of Just Intonation, or the unlimited freedom of no quantization at all.
Animating Subharmonicon’s distinctive chord shapes is done through a polyrhythmic pair of 4-Step Sequencers. Each sequencer is clocked by any or all of four Rhythm Generators that output mathematical divisions of the master tempo. Layer multiple Rhythm Generators on top of each other to create complex polyrhythms and discover inspiring new patterns and styles. Delve into Subharmonicon’s dual Envelope Generators, Moog Ladder Filter, and analog VCA to call up dynamic articulations ranging from lush pads and blurred edges to percussive plosives and ritualistic rhythms.
Although no patching is required to start creating, exploring Subharmonicon’s modular patchbay unlocks worlds of possibilities as you make novel connections and plug into new ideas. The 32-point 3.5mm patchbay can be patched into itself, expanding Subharmonicon’s onboard capabilities, or interfaced with Mother-32, DFAM, and other external Eurorack-compatible gear (MIDI Type A adapter included for DIN to 3.5mm MIDI input). Use as a standalone synth with included +12V DC power supply or simply remove the front panel to install into any Eurorack system.
The Moog Subharmonicon is a versatile analog labyrinth of subharmonically derived synthesis and polyrhythmic sound, equally suited for losing oneself and simultaneously finding oneself.

Subharmonicon is inspired by Joseph Schillinger’s mathematical system for musical composition and is influenced by two analog innovations from the 1930s and 1940s: the Mixtur-Trautonium, which employed a series of subharmonic oscillators to generate electronic undertones, and the Rhythmicon (developed by Leon Theremin!), an instrument capable of sounding multiple harmonically related polyrhythm generators simultaneously.
The Mixtur-Trautonium created subharmonics by dividing the frequency of its primary oscillator, while the Rhythmicon created polyrhythms that were multiplications of its primary tempo. These concepts of subharmonics and polyrhythms form the historic roots of the Moog Subharmonicon.
The undertone series, or subharmonic series, results from the division of an initial fundamental frequency (f) by successive integer values (unlike the overtone series, which results from integer multiples of the fundamental frequency). Where overtones are found to occur naturally in acoustic sounds, undertones must be produced through more extreme or novel methods, such as electronic circuitry.
Polyrhythms employ multiple rhythms playing at once to create complex, interweaving phrases. In the same way that a subharmonic oscillator divides the fundamental frequency (f) to create a musically related subharmonic, each rhythm generator in Subharmonicon uses an integer value to divide the current tempo value (t) to create a new rhythm. 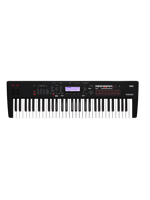 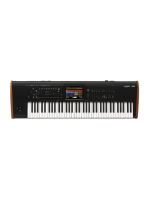 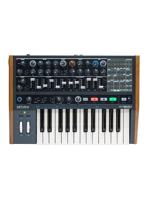 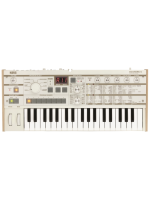 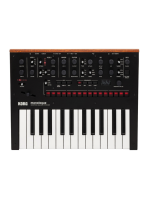 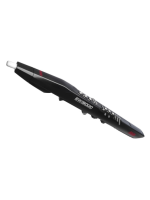 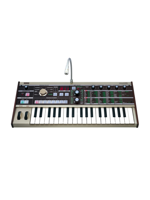 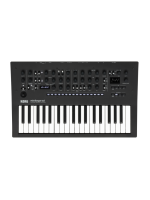 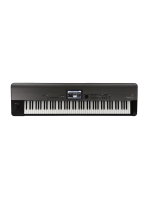 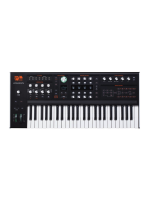 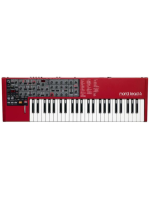 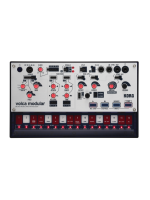 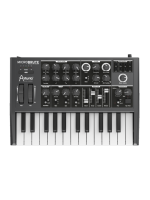 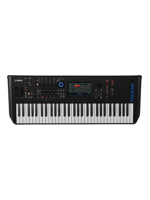 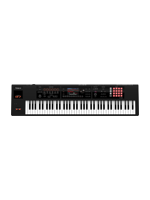 
Your message has been sent, we will reply as soon as possible.